In Norway, Mai Cheng's commission work includes decorations of Rikshospitalets Hjertesenter (The Heart Center of the Central Hospital), Politiets sikkerhetstjeneste (The main office of the Norwegian Police Security Service) and Helsehuset (The Health House) in Oslo. Among Institutions that have been decorated with her paintings are Molde Nye Stadion (Molde's New Stadium), Norsk Akupunkturhøgskole (The Norwegian Acupuncture School), Det Mosaiske Trossamfund (The Mosaic Community), as well as commercial companies such as Hakon Gruppen, Schibsted, Veritas, Stena Line and Arne Blystad AS.

Mai Cheng's works of art are included in the collections of the National Art Museum of China (NAMOC) in Beijing, where she also has done commissions for commercial companies such as Iveco and Lufthansa Center.

In Egypt her calligraphy has been used for decorating the walls outside the library in Alexandria - see photos to the right:

The exhibition Trésors engloutis d'Egypte took place in the Grand Palais in Paris from December 9, 2006 until March 16, 2007.

In the photograph on top we see Mai Cheng's calligraphy, as exhibited in Paris, France, while the photograph below shows the same calligraphy used on the outside of the library in Alexandria, Egypt. This library was designed by the architectual firm Snøhetta from Oslo:

In Oslo Heart Center, which is part of the Central Hospital (Rikshospitalet) in Oslo, there are 10 oil paintings and two ink drawings by Mai Cheng. The paintings are decorating the cafeteria (see the photo below), the exercise room, a meeting room and the so called "awakening". 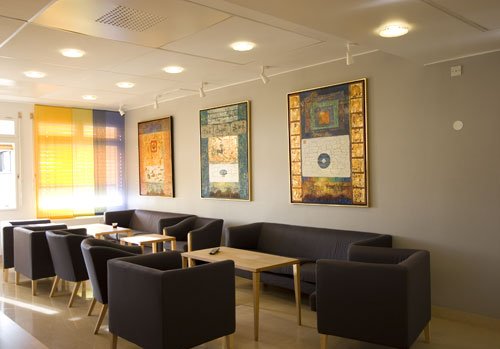 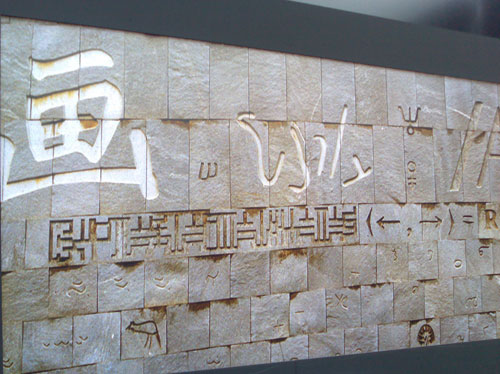 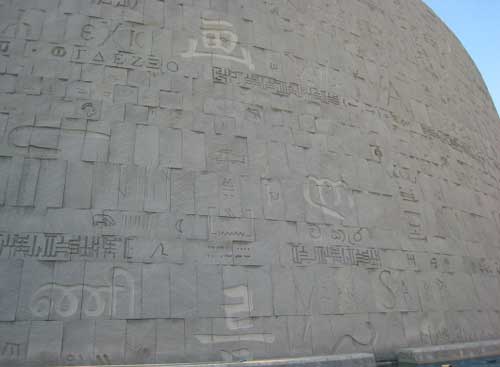 In Lillehammer we find another commission by Mai Cheng: A school called Hammartun was rehabilitated and modernized for about 100 million Norwegian crowns in 2007. Here, Mai Cheng delivered more than 30 paintings, including one large piece (2 x 3 meters), which was assembled near the school's main entrance: 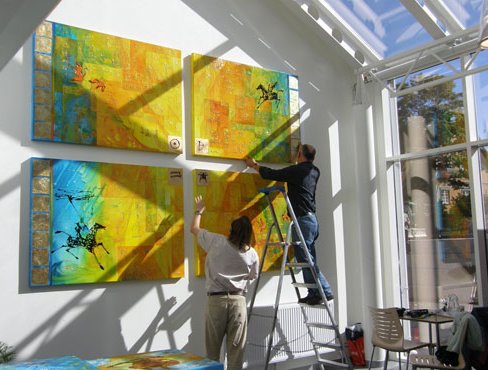 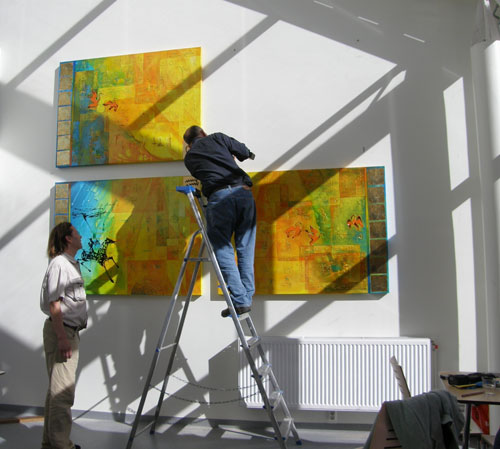